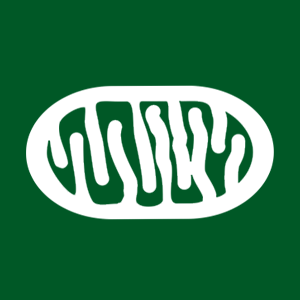 Aerobic and Anaerobic Respiration (A2)

Mitochondria
Aerobic respiration occurs in the mitochondria
• The inner membrane is folded to form extensions called Cristae. It provides a large surface area for the attachment of enzymes and other proteins involved in respiration
• The matrix makes up the rest of the mitochondria. It contains proteins, lipids, ribosomes and DNA which allows for control of its own proteins. Enzymes needed for respiration are mostly found in the matrix.
Coenzymes
• Coenzymes are molecules which aid the function of an enzyme by transferring a chemical group from one molecule to another
Aerobic + Anaerobic Respiration

• Phosphorylation
o Glucose is phosphorylated into glucose phosphate using ATP
o ATP used to add phosphate to form hexose bisphosphate
o Hexose bisphosphate  2x Triose Phosphate
• Oxidation
o Triose phosphate is oxidised to 2 pyruvates
o NAD collects the hydrogen ions forming 2 reduced NAD (NADH)
o 4 ATP are produced (2 used in phosphorylation so net gain of 2 ATP)
• Fermentation (Anaerobic)
o In a lack of oxygen, there will be an increase in reduced NAD.
o Pyruvate will form lactate (lactic acid) which are able to remove the electrons from the reduced NAD to itself to reform NAD that will be able to take more electrons – so glycolysis can repeat producing approx. 2 ATP
2) Link Reaction

oo The Krebs Cycle produces ATP and reduced coenzymes
o The reactions occur in the matrix of the mitochondria
o The cycle occurs every time there is a pyruvate molecule
• Formation of a 6-carbon compound
o Acetyl CoA from the link reaction bonds to a 4-carbon molecule (oxaloacetate to form a 6-carbon molecule (citrate)
o Coenzyme A returns to the link reaction to be reused.
• Formation of 5-carbon compound
o Through decarboxylation, a 6-carbon citrate molecule is converted to a 5-carbon molecule where carbon dioxide is removed
o Dehydrogenation also occurs
o The hydrogen is used to produced reduced NAD from NAD
• Regeneration of Oxaloacetate
o The 5-carbon molecule is converted to a 4-carbon
o Decarboxylation and dehydrogenation occur, producing a molecule of reduced FAD and 2 of reduced NAD
o ATP is produced by the direct transfer of a phosphate group from an intermediate compound to ADP
o Phosphate groups are directly transferred from one molecule to another though substrate level phosphorylation
o The citrate has now been converted to oxaloacetate

4) Oxidative Phosphorylation
o Oxidative phosphorylation, occurring in electron transport chain, is the process by which energy carried by electrons from reduced coenzymes (reduced NAD and reduced FAD) is used to make ATP
o Hydrogen atoms from the reduced NAD and reduced FAD are released as they are oxidised to NAD and FAD. These Hydrogen atoms split into H+ and e-
o Electron transport chain is made up of electron carriers. Electrons move down chain losing energy at each carrier
o Energy lost is used by carriers to pump protons (H+) from the mitochondrial matrix into the intermembrane space
o Concentration of protons is higher in the intermediate space relative to the matrix.
o Protons move down electrochemical gradient back across the inner mitochondrial membrane and into the matrix using ATP synthase.
 ATP synthases are embedded into the mitochondrial membrane
o The movement drives the synthesis of ATP from ADP and inorganic phosphate
o Chemiosmosis is the production of ATP in the movement of H+ ions across a membrane caused by the electrons moving down electron transport chain
o Within the mitochondrial matrix, at the end of the transport chain, the protons, electrons and oxygen (from the blood) combine to form water.
o Oxygen is the final electron acceptor.