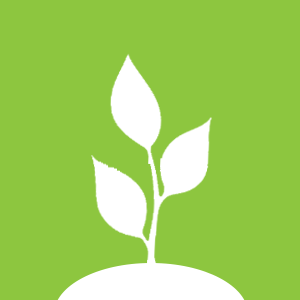 Fertilisers are required in farming as nitrogen is naturally restored back into the soils in farmland
Natural (Organic):
• Consist of dead and decaying remains of plants and animals as well as animal wastes such as manure or bone meal
Artificial (inorganic):
• Mined from rocks and deposits and then converted into different forms and blended together to give the appropriate balance of minerals for a particular crop.
• Compounds containing nitrogen, phosphorus and potassium are almost always present
Effect of Nitrogen Fertilisers
• Nitrogen is required in the production of amino acids and therefore required in plants – especially in the leaves which are the site of photosynthesis. The increased amount of photosynthesis in the leaves is directly correlat4ed to the crop’s productivity.
• However there have been consequences using nitrogen fertilisers:
o Reduced Species Diversity:
Nitrogen rich soil favours growth of fast-growing species such as grasses and nettles. However, the result is less resources for other species ultimately resulting in death.
o Leaching:
Leaching is the removal of nutrients from soil as a result of rain water. The nutrient, such as nitrates, are dissolved into the rain water, and carry them deeper into the soil where plant roots are unable to get hold of them. The nutrient rich water finds itself way into watercourses (i.e. streams and rivers) which may result in it running into freshwater lakes.

The side effects of drinking nitrate rich water can lead to poor oxygen association in babies and stomach cancer in adults. The leached nitrates can also cause eutrophication.
o Eutrophication
Eutrophication is the process in which nutrient build up in bodies of water.
1) Naturally, there is a low concentration of Nitrates in lakes and rivers. Nitrates are a limiting factor for plant and algal growth
2) An increase in nitrate concentration results as a result of Leaching, results in the limiting factor of nitrates to be removed, therefore the algal and plants from exponentially
3) As algae grow on the water surface, there is a high population of algae there, known as an ‘algae bloom’. The dense layer of algae results in light being absorbed and therefore unable to reach a greater depth
4) Light becomes the limiting factor for the growth of plants and algae at lower depths and thus they eventually die
5) The high abundance of dead plant and algae matter means that there is no longer a limiting factor for saprobiotic algae and therefore it too can grow exponentially using the dead organisms as food.
6) Saprobiotic bacteria are aerobic, and thus there is a higher demand for oxygen. Therefore, the concentration of oxygen is reduced and nitrates are released from decaying matter
7) Oxygen becomes the limiting factor for the population of aerobic organisms, such as fish – ultimately leading to their death
8) Without aerobic organisms, these is less competition for the anaerobic organisms, whose populations now rise exponentially
9) Anaerobic organisms further decompose dead matter, releasing more nitrates and some toxic wastes, such as H2S, into the water resulting in the water becoming putrid.