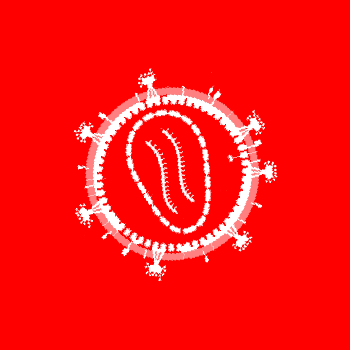 On the outside of the HIV and lip envelopes, embed in which are peg-like attachment proteins. Inside the envelope the protein layer called the capsid that contains 2 single strands of RNA as well as some enzymes.

HIV, as the name suggest, is a virus. As a result, it cannot replicate itself, instead it uses genetic material to instruct the host’s cells biochemical mechanisms to produce the relevant components to produce a new HIV.

Once infected with HIV a person is said to be HIV positive, however the replication of HIV often goes dormant, sometimes becoming reactivated and leading to AIDS many years later.