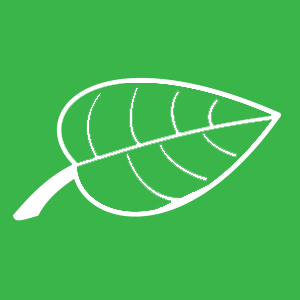 Chloroplast
• Chloroplast are the site of photosynthesis in a plant cell
• Chloroplast are short and flat organelles which are surrounded by a double membrane
• Thylakoids (fluid filled sacs) are stacked up in the chloroplast structures called Grana (singular = granum)
• Grana are linked together by lamellae (singular = lamella) that come off of the thylakoid membrane
• Photosynthetic pigments such as chlorophyll are found within the chloroplast. It is these pigments which absorb the light energy required for photosynthesis
• The photosynthetic pigments are attached to proteins where the overall complex formed is called a photosystem.
• Plants use two differing types of photosystems:
o Photosystem 1 (PSI)
 Absorbs light best at a wavelength of 700nm
o Photosystem 2 (PSII)
 Absorbs light best at a wavelength of 680nm
• Surrounding the inner components of the chloroplast and retained by the inner membrane is the stroma; gel like substance. Within the stroma there are organic molecules such as enzymes, sugars and organic acids.
• Carbohydrates that are not used immediately are stored as starch grains in the stroma
The Compensation Point
• Plants are able to use photosynthesis by day, and respiration at night. However, the differentiation of day and night are not well defined, and therefore a plant is able to carry out photosynthesis and respiration at the same time and at different rates.
• The rate at which photosynthesis occurs at is partly dependent on the intensity of light
• Compensation Point is when the light intensity is at a specific point where the rate of photosynthesis is equal to the rate of respiration.
• To measure Compensation Point the rate at which oxygen is produced or used by a plant at differing light intensities. As photosynthesis produces oxygen and respiration consumes oxygen. Equally measuring the CO2 produced by respiration would be equal to the CO2 consumed in photosynthesis
Redox Reaction
• Photosynthesis and respiration are examples of a redox reaction
• A reduced product has gained electrons
• A oxidised product has lost electrons
• The oxidation of one molecule means another molecule has been reduced
Coenzymes
• Coenzymes assist the function of enzymes
• Coenzymes are able to transfer the chemical group from one molecule to another
• NADP is a coenzyme required in photosynthesis. NADP can reduces or oxidise hydrogen onto a molecule.

1) Light dependent Reaction
• The light dependent reaction occurs in the thylakoid membrane of the chloroplast
• Light energy is absorbed by the chlorophyll in the photosystem
• Electrons in the chlorophyll are excited by the light energy which results in these electrons being released from the chlorophyll molecule through photoionisation.
• The chlorophyll molecule is now a positively charged ion
• Energy released from the electrons is used to add a phosphate group to ADP to yield ATP whilst some of the energy is used in reducing NADP to form reduced NADP.
• ATP transfer energy and reduces NADP transfers hydrogen to the light-independent reaction
• During this process H2O is oxidised into O2
1) Light Independent Reaction

Light Dependent Reaction
The energy which is released as the result of photoionisation of chlorophyll is used for:
• Phosphorylation, ADP -> ATP using light
• Reducing NADP to reduced NADP
• Photolysis; splitting water into H+ ions and oxygens using light energy
Light dependent reaction has two types Photophosphorylation:
Non-Cyclic Photophosphorylation
• Non-Cyclic Photophosphorylation produces ATP, reduced NADP and oxygen.
• Photosystems found in the thylakoids membranes are attached by electron carriers.
• Electron carriers are proteins that transfer electrons
• Photosystems and electron carriers form an electron transport chain. Excited electrons are able to flow through this chain
1) Light energy excites electrons in chlorophyll
• Light energy is absorbed by PSII
• Electrons in the chlorophyll are excited by the light energy
• These electrons move into a higher energy level where they move out of the chlorophyll and move down the electron transport chain to PSI
2) Photolysis of water produces protons, electrons and oxygen
• Excited electrons from chlorophyll leave PSII to move to the electron transport chain and therefore need replacing
• Light energy splits water into protons (H+ ions), electrons and oxygen through photolysis
H2O -> 2H+ + ½ O2 ¬

3) Energy from the excited electrons produce ATP
• Energy is lost from the excited electrons as they flow down the electron transport chain
• This energy is used to transport the H+ ions into the thylakoid, therefore causing a higher concentration of protons than the stroma
• This forms a proton gradient across the thylakoid membrane
• Proton therefore move down the concentration gradient into the stroma using the ATP synthase enzyme which is embedded into the thylakoid membrane
• Energy from this movement combines ADP and inorganic phosphate to form ATP
4) Energy from the excited electrons generates reduced NADP
• Light energy is absorbed by PSI which excited the electrons so that they are on an even higher electron level
• The electrons are transferred to NADP along with the H+ ion (proton) from the stroma to form reduced NADP

Chemiosmotic Theory
Chemiosmosis is the process of electrons following down the electron transport chain and thus creating a proton gradient across the membrane to drive ATP.