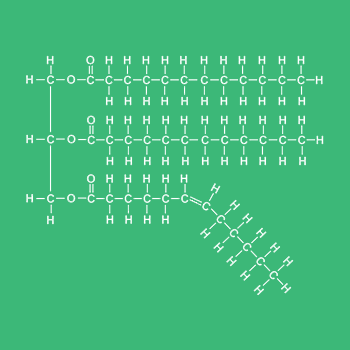 Triglycerides are formed under condensation reactions between Glycerol (C3H8O3) and fatty acids. The result of this reaction is a water molecule that forms one part of the triglyceride, with 3 forming together though an ester bond.