6.1.8 – Factors influencing jury decision-making, including characteristics of the defendant and pre-trial publicity, including studies in this area.

Twelve adults serve on the jury for a criminal case. They must follow strict rules to ensure that the case is handled fairly. The judge relies on them to make the decision.

There are a number of factors which have been shown to affect jury decision-making.

The way in which the case is portrayed in the media can affect the court process. This could lead to perceptions, which are hard to change after the fact, being formed about the defendant or other parties involved.

Jurors are expected to understand technical legal information. This can affect the trial.
Foster Lee et al (1993) – Giving instructions to jury before, instead of after presenting them with technical information increased their ability to focus on relevant information to the trial. Instructions let them filter out irrelevent information and make sense of the evidence.
Leverett and Kovera (2003) – jururs find it difficult to know what scientific data is inaccurate.
Severance and Loftus (1982) – when the jurors are explained legal terminology, the tend to understand the ones they’ve heard before and not new ones.

Generally the more attractive the defendent, the more likely they are to receive a non-guilty verdict. The one exception to this is crimes in which they may have used their good looks to their advantage, such as fraud, sees more attractive defendants more likely to be found guilty.
Michelini and Snodgrass (1980) – Attractive defendants were more likely to be acquitted.
Sigall and Ostrove (1975) – Attractiveness affected length of sentence which pp’s felt was appropriate. For crimes such as fraud, she was sentenced to longer when there was a picture, whereas burglary led to shorter sentences. Not generalisable to real trials because jurors don’t choose how long the sentence is.

Despite warning jurors about inaccuracy of EWT, they tend to believe it anyway.
Cutler et al (1989) – use of simple language by the expert witness led to more guilty verdicts. Language can influence jury decision-making.

The order in which the story is told can effect jury decision-making.
Pennington and Hastie (1990)  – Easy to understand order increases guilty verdicts.

When an individual gives up their personal views due to group pressure.
Normative conformity  – To avoid rejection by the group.
Informational conformity – They don’t know and look to the group for guidance.

One person or a small minority can influence the majority’s opinion.

Moscovici(1976) – If they’re consistent, committed to their opinions, acting on principle (not self-gain) and not unreasonable, they can influence the majority.

Reduction in individual effort in a group task. Unmotivated individuals may leave the decision to the group,

The person who is selected to deliver the verdict to the judge may influence the group as they are seen as a leader and therefore their opinion may be more valued.

When witnessing a crime, eye-witnesses are often under a lot of stress. The Yerkes-Dodson Law (1908) states that we reach an optimal point of stress in terms of recalling information. No stress means we won’t remember well, but too much stress will have the same effect. Often when witnessing a crime, we are under too much stress which reduces recall.

(+) Valentine and Mesout (2009)
(-) Recall in articifial situations can also be accurate, despite the low arousal.
(-) There is contradicting evidence to suggest that it applies in field studies of eye-witness testimony of realistic events. (Yuille and Cutshall (1986) – the greater the arousal, the more accurate the recall)

Experiences after the event can impact the memory of the event. This is common because they often have lots of time between witnessing the event and recalling it in an interview or in a trial. For example, they may see information on the news, from other people, etc.

Reconstructive memory states that when we recall information, we mix our knowledge of what happened and our expectations of the event (Schemas built from cultural norms, for example). Therefore, we usually recall the main facts of the situation but the rest of the recall is influenced by our reconstruction.

Lots of the evidence for this comes from Loftus. It has been found that exposure to misleading post-event information leads to inaccurate recall (accuracy often falling below levels of chance (Loftus et al., 1978)).

Leading questions are a source of post-event information and can affect accuracy of recall. They can be asked at police interviews and trials. They may be unintentional or intentional, as they can be used to influence the answer and may be used by lawyers in an attempt to get a non-guilty verdict for their defendent.

If there is a weapon present during the crime, this tends to decrease the accuracy of eye-witness testimony. This could be explained in two ways:

In most parts of the world (The notable exception being some parts of the USA), seeing a weapon is unusual. This means you will draw your attention and focus on the weapon more than the surroundings. This can lead to less accurate recall because you might not focus as much on the perpetrators’ face, for example.

(+) Loftus et al (1987) – Weapon focus occurs because it draws the witness’ attention away from other important details.
(+) Pickel (1998) – It’s the unusualness of the gun which causes the decrease in accuracy, as it makes you pay more attention to it. It’s not the threat.
(+) Pickel (2006) – With correct training, they found that it is possible to overcome weapon focus.
(-) Wagstaff et al. (2003) – The presence of a weapon had no effect on accuracy of recall.

6.1.4 – The use of psychological formulations to understand the function of offending behaviour in the individual.

Psychological formulations are defined as a way of looking back into a person’s history of relationships, biology, social circumstances, life events and how they have interpreted all of this.
It draws upon all available psychological theories.
Any psychological treatment is based on a formulation.
Forumations are not standardised, they can vary depending on the case and who is doing them. However, the BPS have released guidelines and the HCPC approve of these guidelines.
By looking into all of the factors leading up to the event, we can better understand its cause and this can be the first step towards prevention.

(+) Especially when in diagram form, they can help reduce complex information into an easy-to-understand format. This can greatly help with the decision making of the consequence for the individual, including the danger they pose.
(+) Very useful way of explaining exactly why someone commited an offense, which can help the person understand how to prevent similar situations in the future.
(-) It can be very difficult to gain all of the relevent information about the person. It relies on them remembering lots of information and also being willing to speak about it all.
(-) A formulation can include known medical illnesses, but if the person has an unknown illness which is influencing their behaviour, it wouldn’t be included.
(-) When using psychological formulations, we run the risk of being reductionist if we focus too much on one particular aspect, such as family history. We need to make sure to be holistic and consider all factors, (+) which a psychological formulation encourages.

Therefore, the following techniques are used in the cognitive interview:

(1) Reinstate the context at the time of the event

No leading questions are used.

This minimises the chance of the witness using schemas to fill in the gaps, increasing the accuracy.

(-) Considering another perspective may cause speculation.

(-) More expensive than a standard interview as it needs specialist training

To investigate whether high stress can reduce a person’s ability to recall information from an event and identify a perpetrator.

Opportunity sample  of 56 visitors to the London Dungeon (29 female, 27 male)

They wore a heart rate monitor throughout their visit.

When they were in the dungeon, a ‘scary person’ stepped out infront of them

Afterwards, they were told the purpose and they gained informed consent, and allowed to withdraw. They then completed a questionnaire to find out their state and trait anxiety levels. Additionally, they were asked to describe the scary person without guessing things they didn’t know.

(-) Opportunity sample of people who visited the London Dungeon, so they’re more likely to deal with stressful situations better as they were willingly putting themselves in this situation.

(+) Eyewitness testimony. Too much stress when witnessing an event means that the information is probably less accurate.

(+) Ecological validity –> Field experiment and therefore in a natural setting.

(+) Validated the questionnaire on office workers to make sure they did measure anxiety –> Higher validity.

(+) Does consider individual differences. By measuring trait anxiety aswell, the state anxiety can be compared to the trait anxiety.

(+) Made sure to get informed consent before continuing and also informed them of their right to withdraw, kept their data confidential and anonymous.

6.1.6 – One biological treatment for criminality – Diet

This treatment is based on the assumption that minerals, vitamins, essential fatty acids and blood glucose levels significantly influence human behaviour. Low levels of any of these things are thought to play a role in causing violence.

(-) Short term solution – once out of prison, their diet can’t be modified and therefore they could return to being violent.

CBT focuses on how our thoughts shape our behaviours and outlook on the world.

It uses this to try to change our thought processes and therefore improve our interpretation of our knowledge.

It usually involved an average of 8 sessions with a psychiatrist.

(-) Does not work immediately.

(-) Requires the patient to be motivated and to be open to the psyhchiatrist.

For criminological psychology, you need to be aware of the following biological and social explanations for criminality.

Emotional center of the brain, part of the limbic system.

Uncontrollable rage to no stimulus. It’s found in animals such as cats.

(-) Much of the evidence is on animals and therefore not generalisable to humans, especially because humans can control rage with higher level thinking, unlike most animals.

Eysenck came up with a personality theory.

Self-fulfilling prophecy – A label which causes somebody to act according to the label.

(-) However, not much research on criminality as it’s unethical.

(-) Much of the research is correlational, therefore no cause and effect can be established.

It’s a Social-Cognitive Theory, and is a developmental explanation.

Criminality is due to seeing and modelling behaviour.

(1) Attention – Learn the crime by seeing people commit it either in real life or on TV.

(2) Retention – Remember the crime after seeing it.

(4) Motivation – Motivated thanks to crime often being sensationalised on TV.

(-) Social class may be a cause of violence, not media as those in the lower classes generally watch more TV and are therefore exposed to it more, and are more likely to be criminals.

(-) SLT states that behaviour is not repeated if there is a negative consequence, but repeat offenders contracdict this. 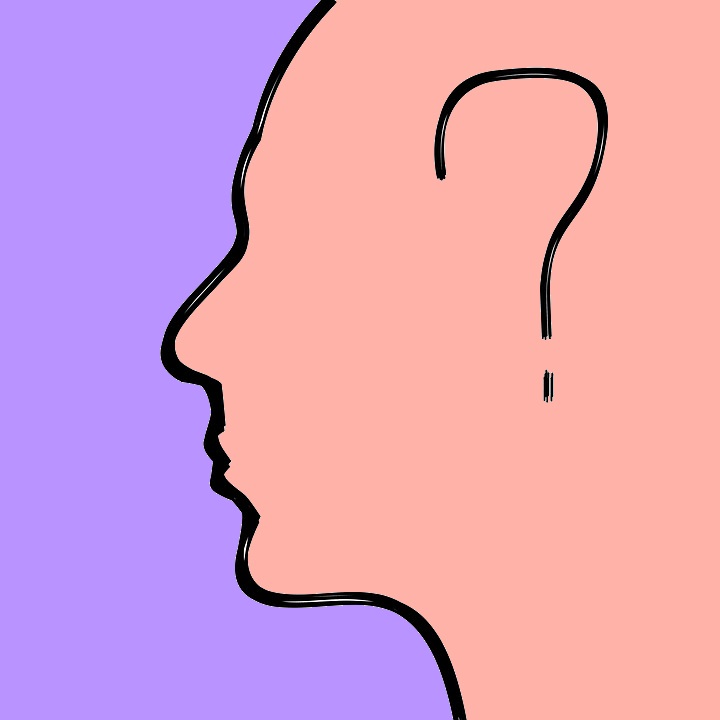