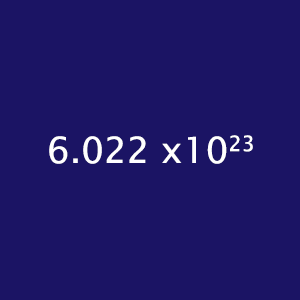 A mole (or mol for short- such an abbreviation…) is a unit of measurement
For example 1 mole of HCl has the same number of molecules than C for example.

We know that atoms are small and an awful lot of them can fit into one place.

To work out amount of atoms in a substance we look at their atomic mass:

For example Carbon-12, the base that is used for comparison against.

So what is 1 mole of atoms?

The above figure is known as Avogadro’s number. (but don’t worry, you’re given this value in the (aqa) exam)